City of Düsseldorf – the provincial capital of North Rhine Westphalia

Is the provincial capital of North Rhine Westphalia and ranks as one of the most prominent economic, transport and cultural centres in the Federal Republic of Germany. A leading location for trade fairs, the city is also home to numerous German, international and Japanese companies. The city is Germany’s largest fashion and advertising centre, as well as a prominent location for banks and stock exchanges. The Airport is the international hub of North Rhine Westphalia.

Is also known as the bird place of Heinrich Heine, Gustav Gründgens ant the artist Joseph Beuys who was working as a Professor of the academy of arts in Düsseldorf, many museums and the University of Heinrich Heine.

The city of Düsseldorf owes its origins to the Battle of Worringen in the year 1288, when Count Adolf VI von Berg inflicted a significant defeat on the Archbishop of Cologne with the help of Düsseldorfers. In gratitude, the Düsseldorfers were granted civic rights.

He is situated on the Lower Rhine, mainly on the right banks of the Rhine at the estuary of the river Düssel, from which it takes its name. The city of Düsseldorf borders to the north with the towns of Duisburg and Ratingen, to the east with the towns of Mettmann, Erkrath and Hilden, to the south with the towns of Langenfeld and Monheim, and to the west with Dormagen, Neuss and Meerbusch.

The provincial capital of Düsseldorf has approximately 640,000 residents. It is situated in the Federal state of North Rhine Westphalia, administrative region of Düsseldorf, and is one of Germany’s unitary authorities.

Old town: (U-Bahn station Heinrich-Heine-Alle) called The  longest bar in the world with its 260 pubs and bars packed together into only one square kilometre. Particularly worth seeing is the „Schlossturm“ castle tower, Carlsplatz with its fruit and vegetable market as well as the Düsseldorf city hall „Rathaus“.

Königsallee is Düsseldorf’s magnificent boulevard; also worthwhile is a visit to the Kö-Center and the arcade Schadowarkaden as well as a stroll down Schadowstraße with its many shops.

The bus starts at Kö-Graben in front of Dresdner Bank

The following places are well worth a visit and much more: a visit to Schloss Benrath, a stroll through the media ports, a meal in the TV tower restaurant at a height of 172 metres, as well as a visit to many museums and theatres etc.

Transport connections from our Guesthouse to Düsseldorf:

You will find more details on our sub page Fair Düsseldorf. With Fair tickets or tickets of the Merkur-Spielarena, you can use public transport fro free. 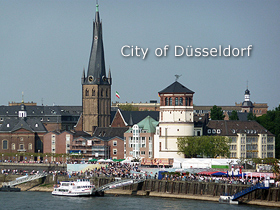 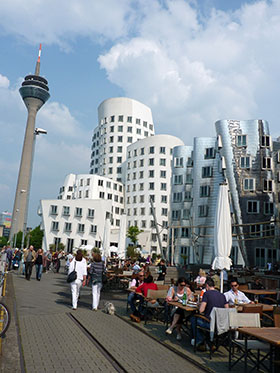 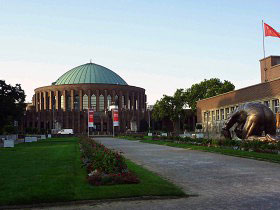 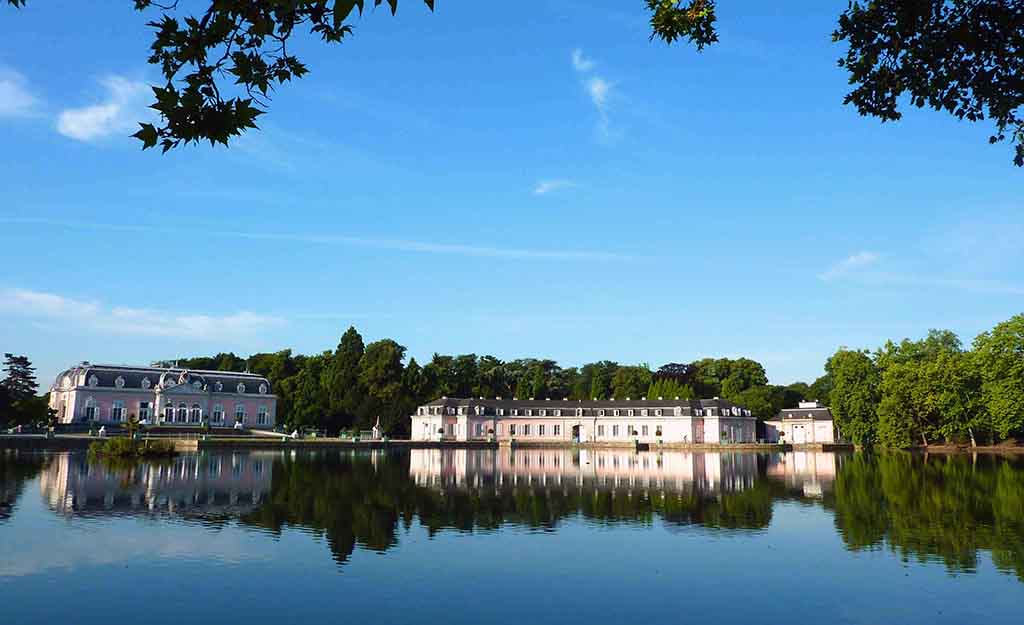 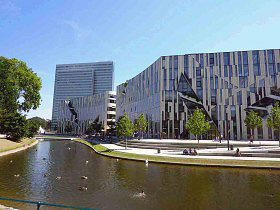 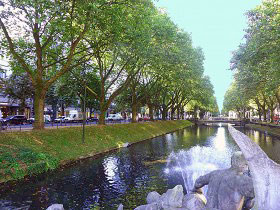