As an economic and cultural metropolis, Cologne enjoys international standing and is considered one of the leading centres for the world’s art trade. The city is also home to several associations and a media metropolis with numerous television stations, including WDR, RTL VOX, record companies and publishing houses. Cologne University has a very good reputation and Cologne Polytechnic is the largest of its type in Germany.

More than 2000 years ago the Romans settled in present-day Cologne and in 50 AD founded the city as the Roman „Colonia“, at the behest of the Roman Emperor Claudius. Many archaeological finds from ancient times are preserved, which can be admired in part under the open sky, and especially in the Römisch-Germanischen Museum.

The Archdiocese of Cologne is one of the richest dioceses in Germany. In 2014, Cologne got a new Archbishop Reiner Maria Wölki. His introduction took place on September 20th, 2014.

He lies on the River Rhine’s Cologne Bay, has approx. 1 million inhabitants and, in terms of area, is Germany’s fourth-largest city. Besides Cologne Cathedral, the city is best known beyond Germany’s borders for the Cologne Carnival. Like Düsseldorf, Cologne is an independent city in the state of North Rhine-Westphalia.

The Cathedral is the landmark of Cologne and Germany’s largest place of worship. Construction work was begun in 1248 and the cathedral was completed in 1880. It occupies an area of 8000 sq. meters and the towers are 157 m high. The remains of the three holy kings are kept in the cathedral.

It’s fun to shop in the city of Cologne. There are many shopping streets, including the two best known Hohe Straße and Schildergasse.

Several interesting city round trips are offered. A sightseeing tour by bus is possible for larger groups.

For viewing value, we recommend (among others) a visit to the Stollwerk Chocolate Museum and the 4711 perfume head office, a stroll through the botanical garden and the Cologne Zoo in the „Flora“, as well as a visit to the many museums and theater, etc.

Transport connection’s from our Guesthouse to Cologne:

He is located approx. 40 kilometer’s from us and can be reached easily by car via the A57 Autobahn in approx. 25 to 35 minutes. With the regional train from Meerbusch-Osterath railway station, Cologne central railway station can be reached in 33 minutes and the Cologne Trade Fair in Deutz in 37 minutes.

The Fair ticket is partly valid (plus 6 € at the moment) for transportation from our Guesthouse to the Fair in Cologne (Deutz) by public transport.

The Cologne Arena are also easily reached by train. 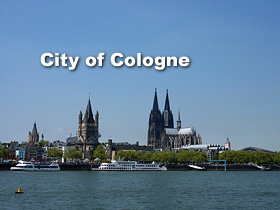 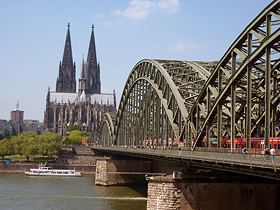 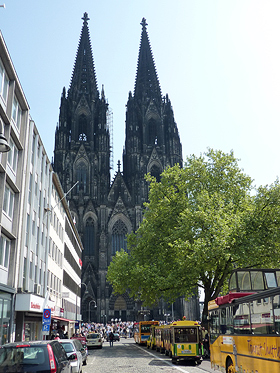 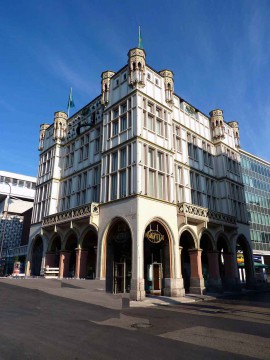 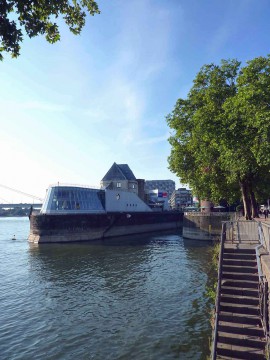