The city of Neuss is situated opposite the provincial capital of Düsseldorf.

Neuss (Novaesium) is one of the oldest cities in Germany. It’s more than 2000-year history goes back to the time of the Roman Empire. The founding of the city is proven by a deed from the year 1190. Today, He is a large town of around 155.000 residents.

The economy of Neuss is shaped by the manufacturing and service industries located at its port. The dominant sectors are oil milling, and bulk goods and container handling, another industrial area, where many companies are headquartered, can be found along the A57 motorway.

It is bordered by Düsseldorf, Dormagen, Grevenbroich, Korchenbroich, Kaarst and Meerbusch.

The Quirinus-Münster, the Obertor, the arsenal Zeughaus, the city walls at Hamtor-Platz and some museums can be reached easily by foot.

Many towns in Germany have held military and shooting drills since as far back as the Middle Ages. The oldest surviving organisation to hold such exercises in Neuss was the Sebastianus-Bruderschaft of 1415. The Schützenfest (‘marksmanship festival’) in its present form dates back to 1823.

Today, the Neuss Schützenfest is a major event for the entire region, taking place in August of each year. It drew more than 7,700 shooters in 2019. In 2021, the Schützenfest unfortunately could not take place due to the corona virus pandemic.

The Neuss racecourse on a race day is well worth a visit. At the indoor skiing facility in Neuss, you can ski all year round and enjoy après-ski events. The Zollfeste (‘fortified toll house’) in Zons is just a few kilometres away. And a visit to the Krefeld Zoo is a great trip for families with children. The city of Düsseldorf can be reached by the city train/subway line U75 as well as regional trains.

Transport connections from our Guest house to Neuss:

More information can be found in the Internet at  www.rhein-kreis-neuss.de and www.neuss.de 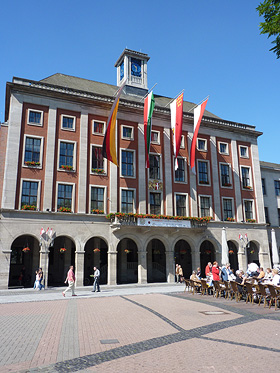 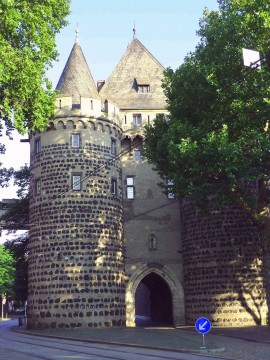 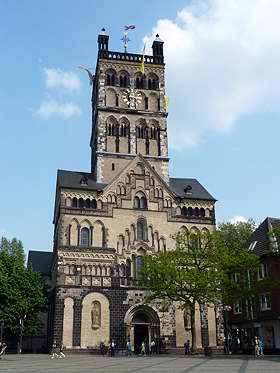