„Krimvelde“ was first mentioned in a deed around 1005. From the middle of the 12th century on, Krefeld’s fate was determined by that of the counts of Moers. Owing to the special connections to the Emperor, in 1373 the Moerser Count received through a deed the right to raise Krefeld to city status. Under the rule of the House of Orange, the city’s population grew dramatically. In 1702, Krefeld was taken over by the Kingdom of Prussia.

In the 18th and 19th centuries, textile production made Krefeld a prosperous city. The population grew to over 100,000 in 1888, making Krefeld a major city. After the decline of the textile industry and expansion to incorporate the district of Uerdingen, the city gained important companies in vehicle and metal construction, the vegetable oils industry and the chemicals industry.

The independent city of Krefeld lies on the left-side of the Lower Rhine with approx. 225,000 inhabitants and is north-west of Düsseldorf and Meerbusch, south-west of Duisburg in the district of Düsseldorf in North Rhine-Westphalia. Because of the silk production in the 18th and 19th centuries, it is also known as the „Velvet and Silk City“.

Visiting the Seidenweberhaus, the market square in Uerdingen as well as a stroll over the Ostwall are interesting things to do in Krefeld.Sights worth seeing include a tour of Linn Castle, a visit to Duisburg Zoo with its large ‘delphinarium’ for families with children, and a visit to the Kaiser Wilhelm Museum and the historic main train station in the city centre.

For golf fans a visit plants of the Krefeld gallop race area in the golf club in the historical one. the buildings were restored in the style of the turn of the century. A visit of the municipal botanic garden (3.6 hectares) is also interesting, the garden is located Sandberg 2 in Krefeld. Today it contains about 5,000 species and varieties of plants. It is open daily in the warmer months; admission is free.

The pedestrian zones (Königstraße and Hochstraße) offers a series of economical shopping possibilities in the city centre. A visit to the market at the western wall Westwall on Tuesdays and Fridays is also worthwhile.

The following are worth a visit: sightseeing at Burg Linn and a visit to the Krefeld Zoo.

Transport connections to our Guesthouse from Krefeld:

The city of Krefeld lies at around 9 kilometres from our house and may be reached by car via the A57 easily in around 10 to 15 minutes. The underground/tram U76 (stop 5 minutes) KR-Rheinstraße (city) around 20 minutes to the terminus. By regional train from Meerbusch-Osterath station, one is at Krefeld main railway station in around 5 minutes.

More information can be found on the homepage www.krefeld.de 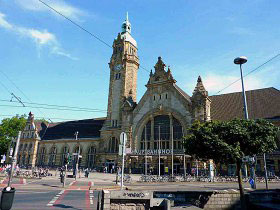 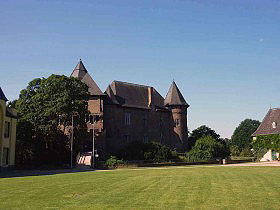 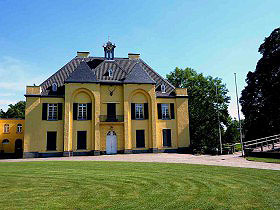